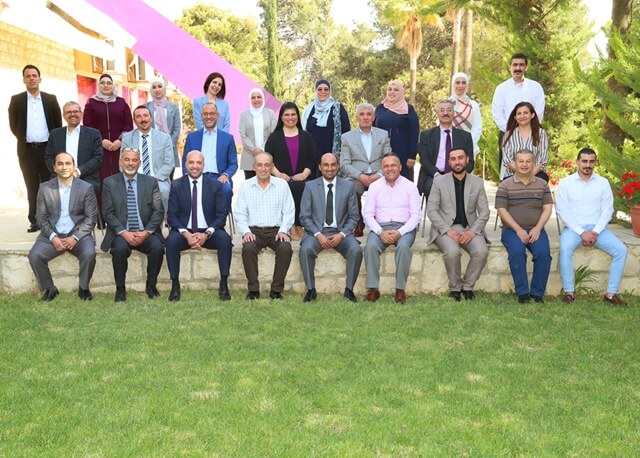 The JNMI was established in 2006 in cooperation with the Government of Japan as a centre of excellence at the Royal Scientific Society (RSS), under an agreement between the Jordan Standards and Metrology Organisation, which oversees Jordan’s national measurement systems, and the RSS, according to a RSS statement. National reference measurement standards were provided through collaboration with the Government of Japan.

“The JNMI is an embodiment of His Majesty King Abdullah’s vision to make science and technology a key component in improving the lives of all Jordanians,” said Tareq Hasan, vice president for Technical Affairs at the RSS. The work of the centre was central to the holistic response envisioned by the Chairman of RSS, HRH Prince Hassan, to the COVID crisis, the statement said. JNMI’s vital work was key to ensuring food, pharmaceutical, and medical products were safe and secure to support the national economy during the pandemic.

The RSS’ “unmatched expertise and capacity for testing, calibration, and conformity, including the work of the JNMI, ensured that vital consultations and services were provided to the government and private sector throughout the pandemic”. From manufacturing specifications to product testing, the RSS ensured accurate conformity of technical standards to uphold the nation’s effort to combat the health, economic and social effects of COVID-19.

Hasan added that under the leadership of HRH Princess Sumaya, president of the RSS, new and responsive tests were developed at the RSS, including those for face masks and protective suits; medical, pharmaceutical, food, and sanitation products; inspection and calibration of medical ventilators; and testing, conformity, and calibration services for medical products and consumables.

Fawaz Al Labadi, director of the JNMI, said that the centre had provided vital calibration services to the medical, pharmaceutical, food and sanitation sectors and laboratories to ensure the maintenance of Jordan’s supply chains throughout the pandemic. The JNMI also issued crucial calibration certifications for sanitization gates to help reduce the spread of COVID-19. “The JNMI is a largely unknown national hero that works to uphold national standards of measurement, ensure traceability to international standards, and provide highly accurate nationally and internationally recognized metrology and calibration services to the scientific, economic, industrial, health, and legal sectors, contributing to the national economy and preserving the rights, health, safety, and environment of citizens,” read the statement. “To achieve its goals, the JNMI builds and implements modern systems consistent with international practices in the field of metrology by providing, developing, and stimulating human resources and using highly specialized expertise and know-how,” added Labadi.

JNMI is nationally and internationally accredited and provides services to thousands of companies, institutions, and laboratories in the public and private sector, both in Jordan and regionally. It currently issues more than 7,000 calibration certificates every year through 14 specialized laboratories. Many of these are “uniquely ranked as national laboratories”. Plans for future expansion include a new state-of-the-art laboratory to measure and calibrate water flow for standardized calibration of all water meter testing devices.

JNMI will also provide training courses and consultations in the metrology field for regional institutes through its partnership with the German Metrology Institute.

In presence of her Royal Highness Princess Sumaya bint Al-Hassan, JNMI celebrated its 15th anniversary on World Metrology Day. This year’s theme was “Measurement for Health”, in order to create awareness of the important role measurement plays in health, and thus in the wellbeing of every one of us.

The theme could not have been chosen better, as JNMI is committed to supporting the local industry as well as serving the health sector through accurate measurement and calibrations.

w
This site is registered on wpml.org as a development site.
We use cookies to ensure that we give you the best experience on our website. If you continue to use this site we will assume that you are happy with it.Accept